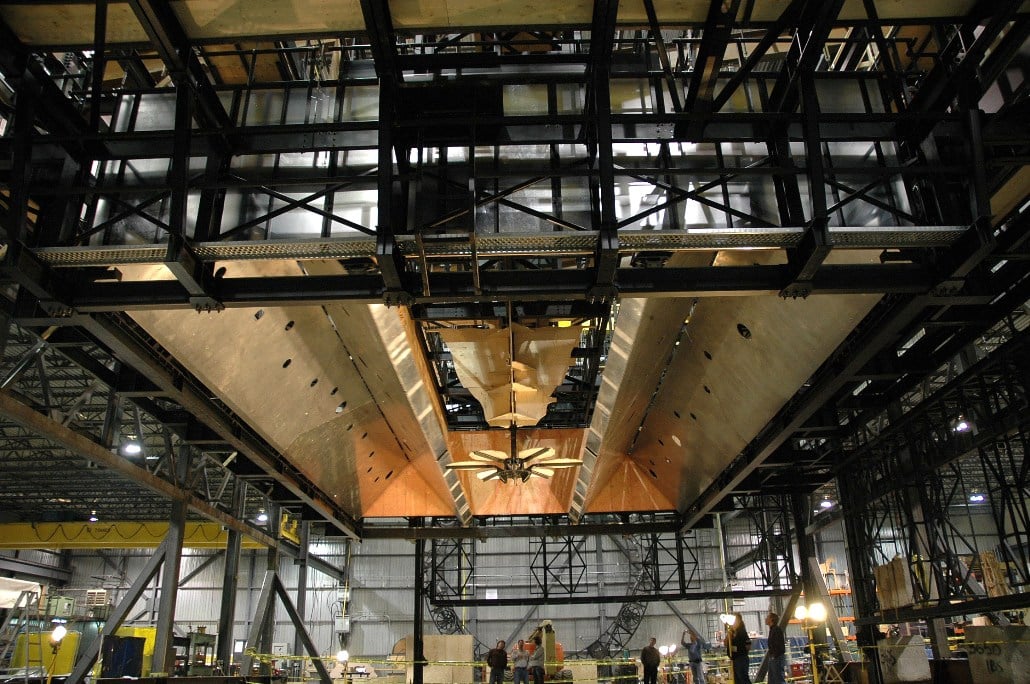 In 2009 Show Canada designed, constructed, and installed a system of motorized walls and ceiling for the Switch restaurant at the Encore Wynn hotel in Las Vegas. Show Canada also provided the main steel structure of the system.

Three chandeliers are integrated into the ceiling. A rack and pinion system deploys the pedals at the base of each chandelier in coordination with the opening or closing of the ceiling.

Two sets of 20,000 pound vertical walls are part of the restaurant scenery change. A steel frame supports decorative elements and are driven by a winch fitted with two 30hp motors. The lower walls are also driven by 30hp motors, but with a system of chains and motors. The average speed is 0.69’/sec (0.210m/sec) over a distance of 13.75′ (4.2 m). 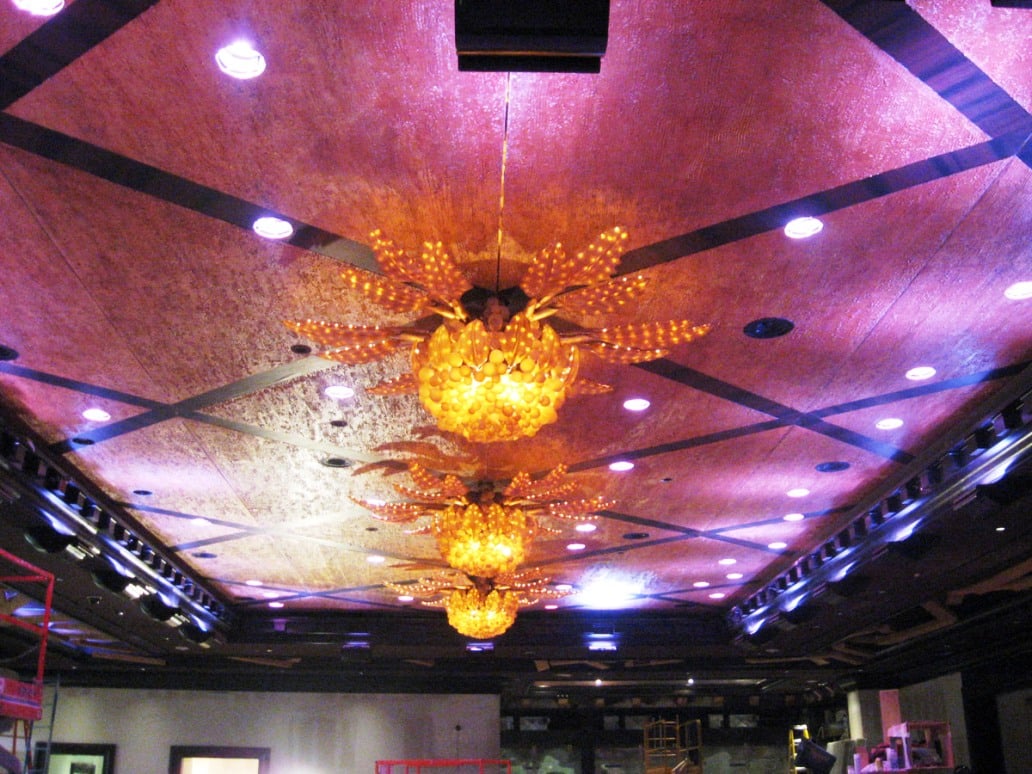 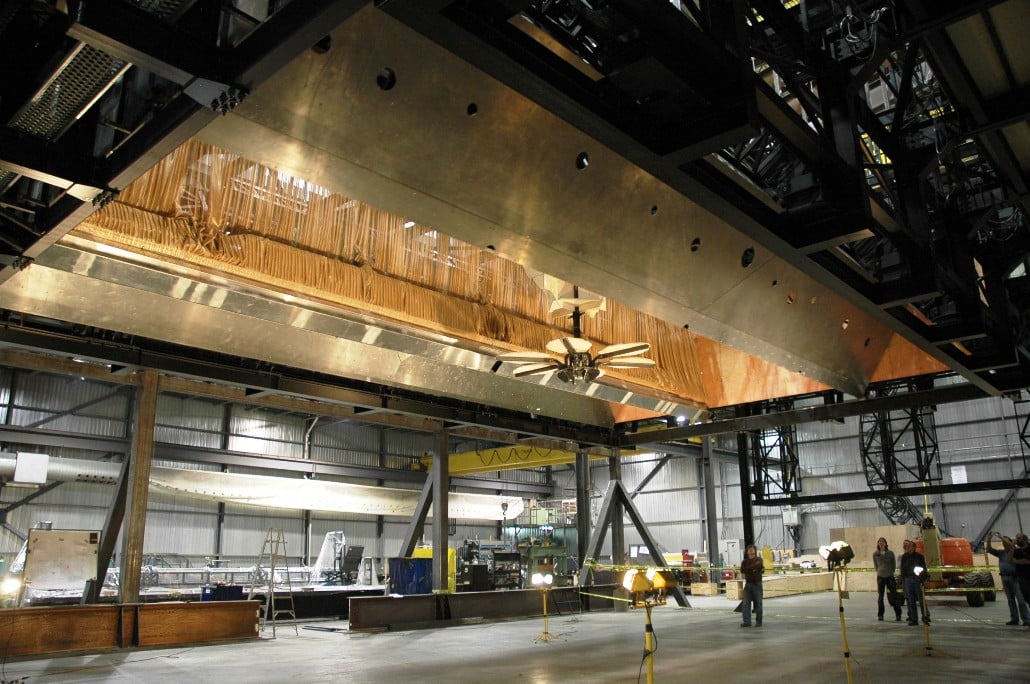 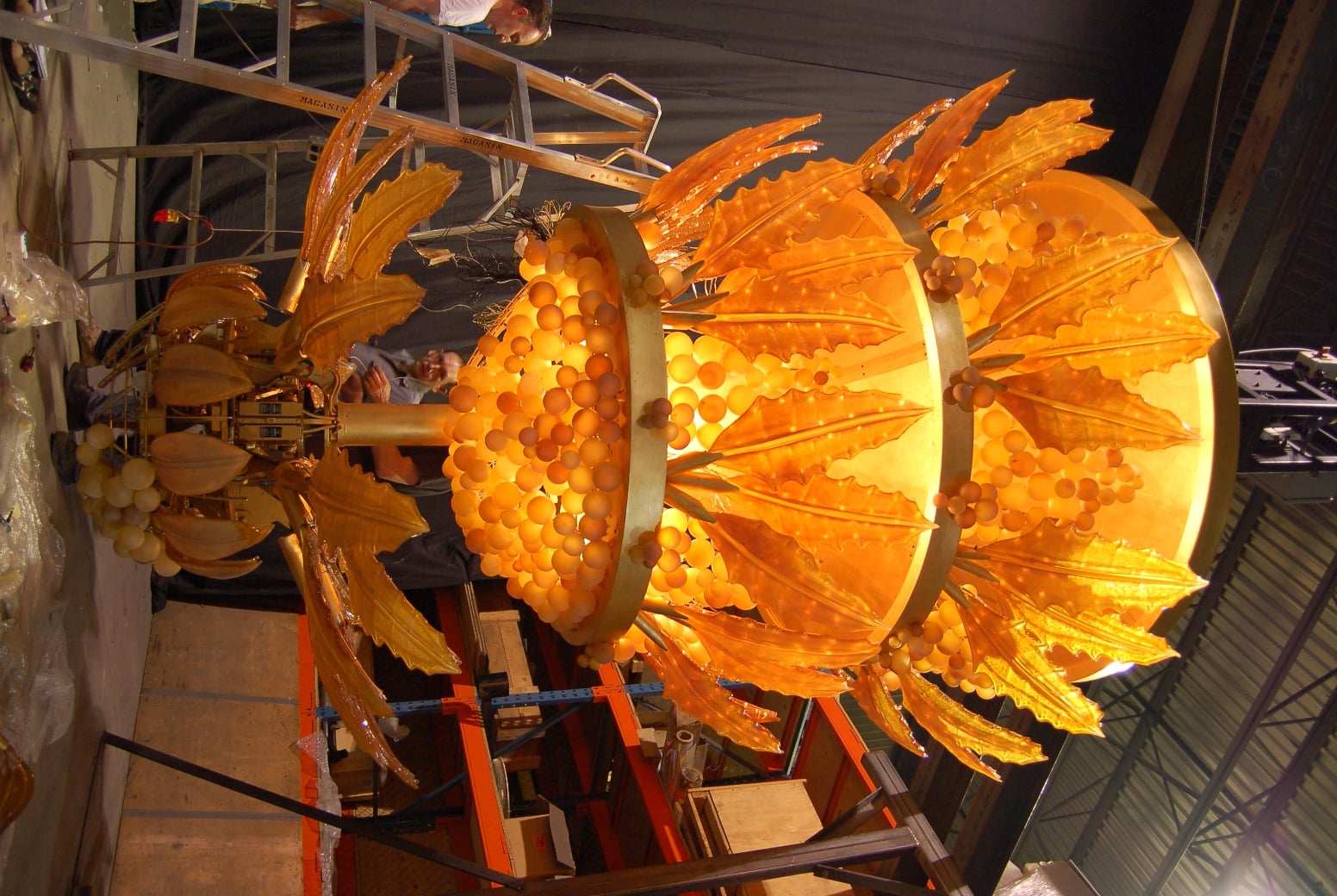