Show Canada is proud to have been associated with the festivities surrounding the 375th anniversary of Montreal.

As part of the Giants-Grand Invitation, Show Canada was mandated to design and build the following scenic elements: the sarcophagus (container which was used to shelter the Diver at the end of the show), overlaid cars (superimposed cars allowing the musicians to play percussion instruments) as well as the vehicle of the Small Giant (car allowing the Small Giant to sit down during the parade). 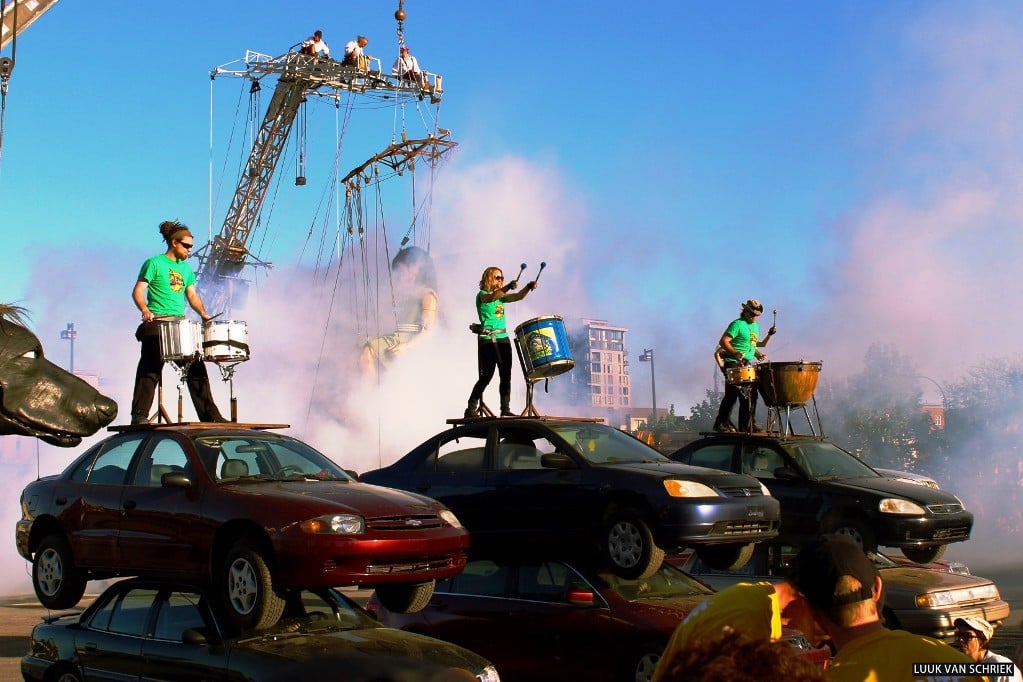 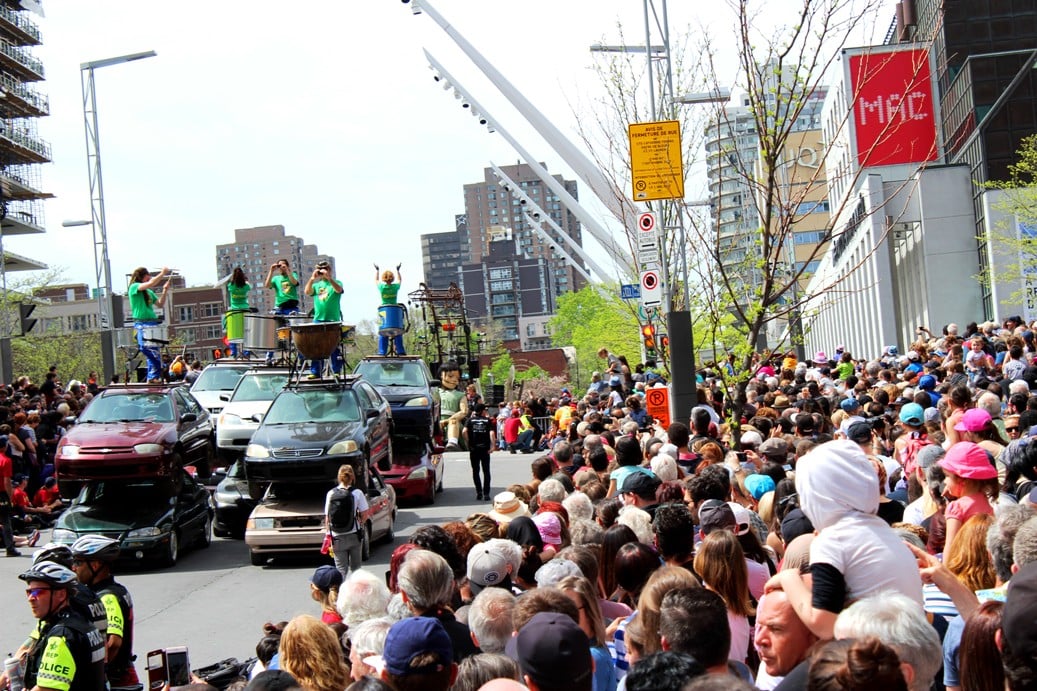