The athletes appear in the center of the arena in front of the audience by means of our Ramp Lift. Athletes come out from under the stage and get to the circle of honour, which is brightly lit like a fashion catwalk.

They parade in front of the VIP box, make a circle around the stadium and take seats on the special tribune. This is first time in history of the Olympic Games Ceremonies that athletes appear on stage from the center stage.

The ramp lift consists of eight (8) fully independent platforms creating an access ramp for athletes during the ceremonies. Each lift platform can be actuated independently which allows to create various lift movement effects. 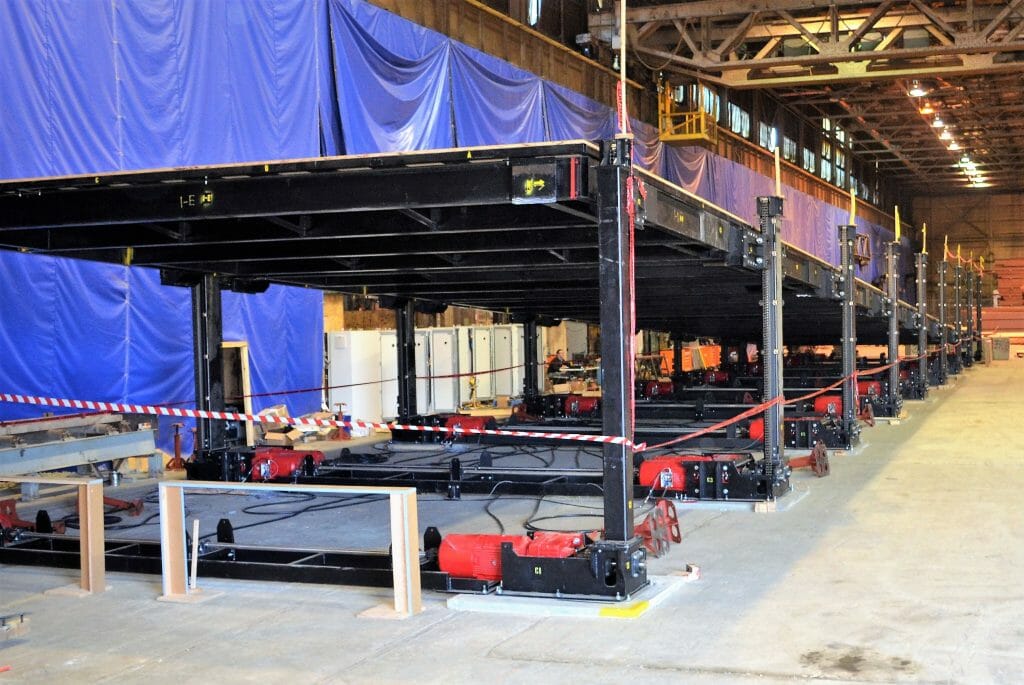 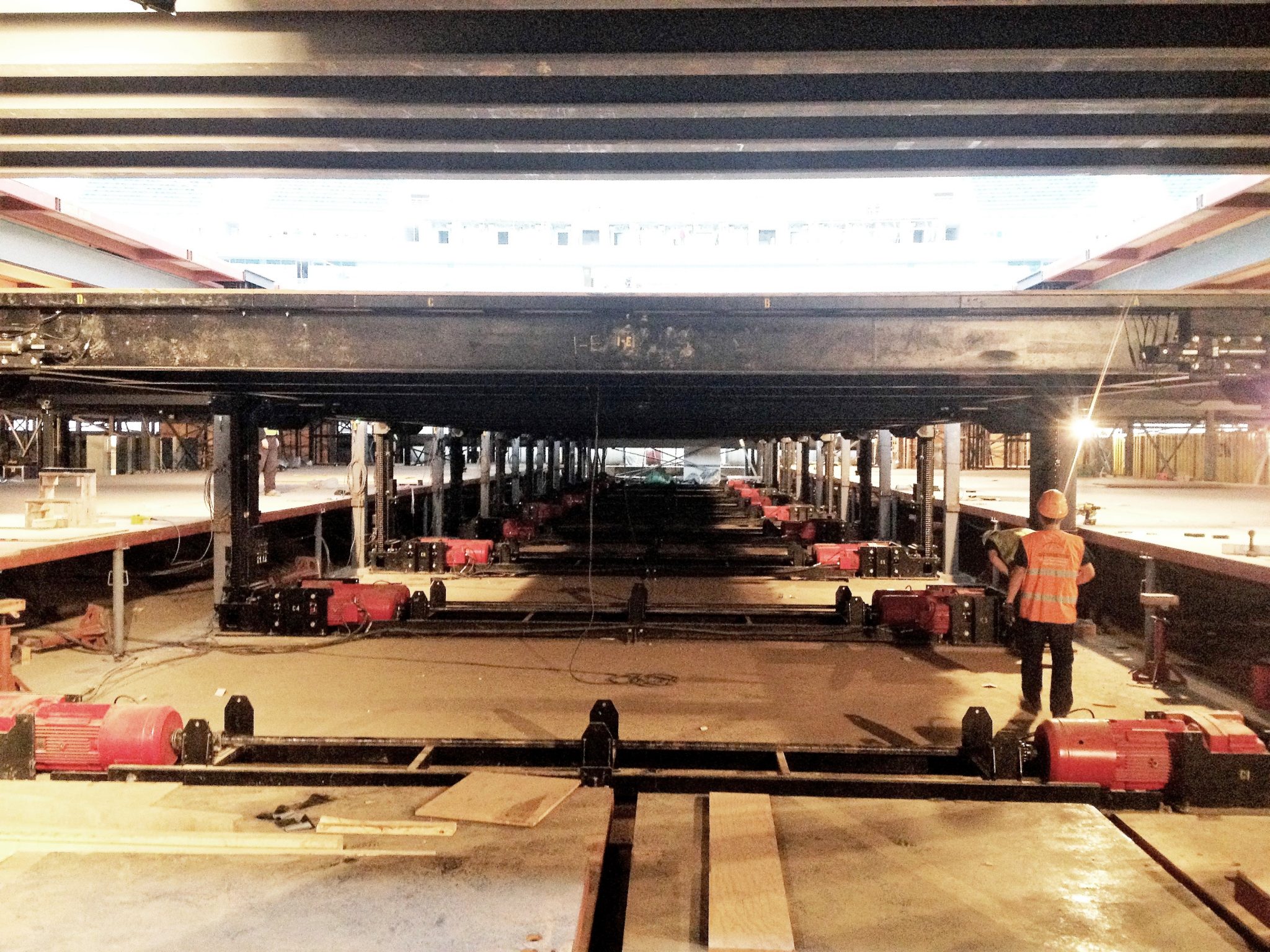 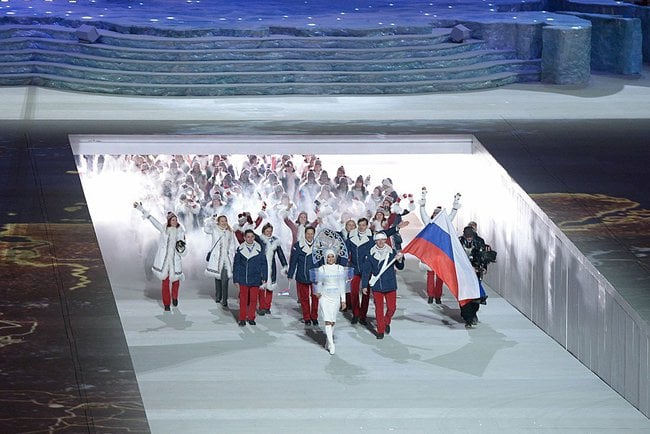