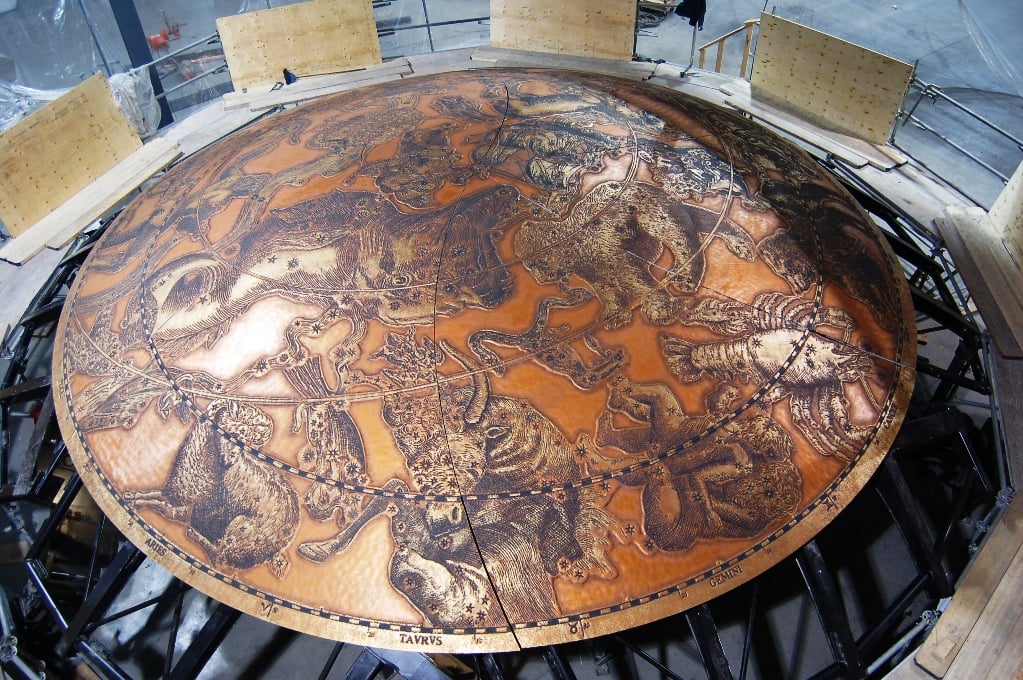 The Copper Dome is an artistically finished dome that is actually an articulating iris. The dome is divided into six (6) spiral cut leaves, which are mounted on single pivot hinges. When the leaves are closed, the dome is a complete shell which obscures the lift and wagons in the pit below. During the show, the leaves are pivoted open with large linear actuators. The action is such that all 6 leaves open like an iris to reveal the lift. The leaves rotate back and down, in order for each neighbor leaf to clear one another.

Each leaf is driven by an electric linear actuator, coupled with a pneumatic cylinder. The actuator pushes a clevis that is mounted to the leaf structure at a distance from the pivot point, and the actuator itself pivots during the travel to allow the dome leaf to pivot down and out. 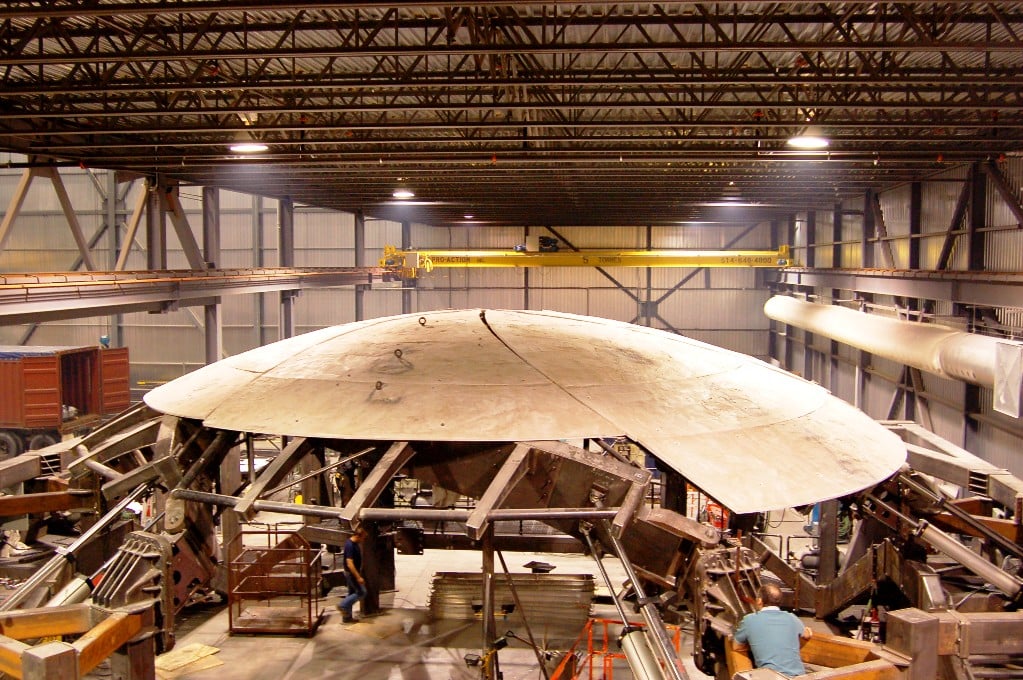 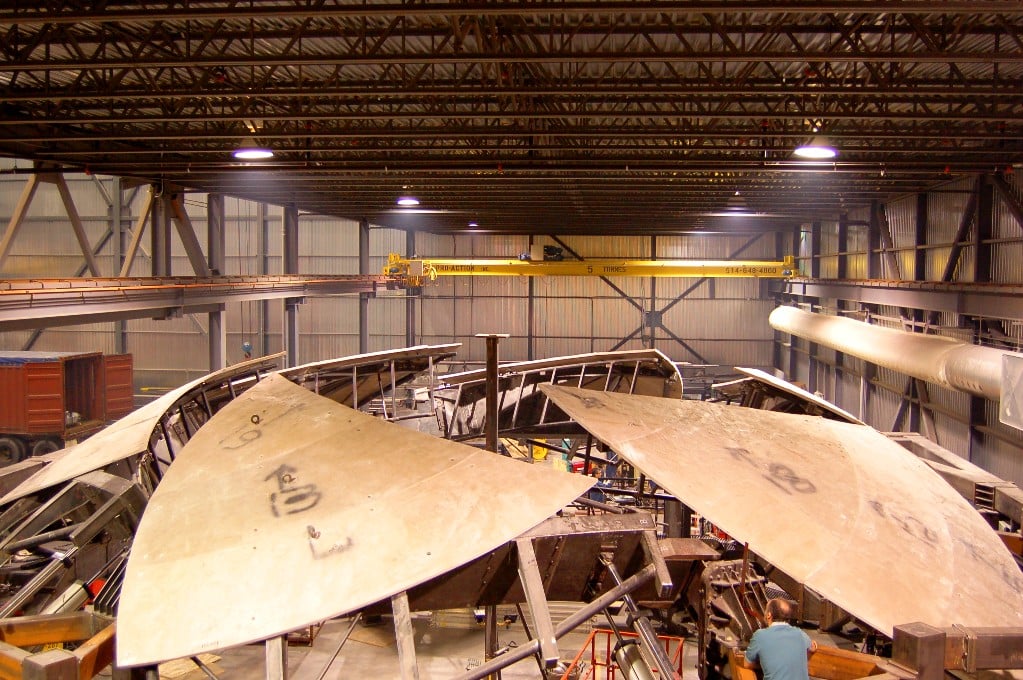