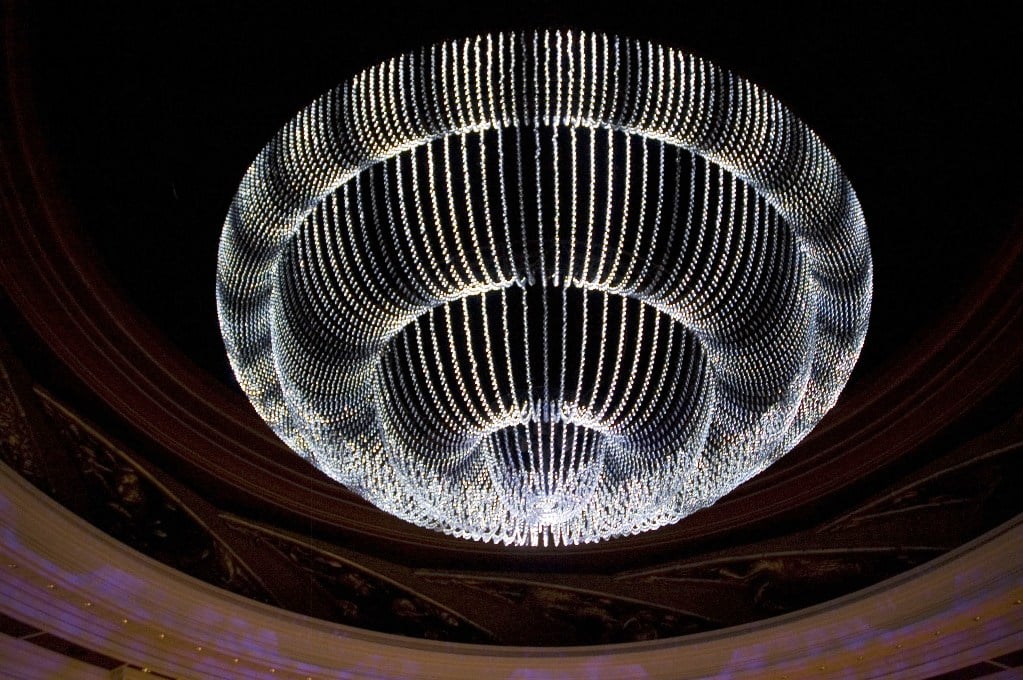 The Tripod is suspended from the ceiling beams of the building and sits at elevation 88.167ft, the highest level of the effect.  Its structure is equipped with the rigging system for the chandelier, lighting support pipes, and a hand railing.  The rigging system consists of three (3) tripod cable drum winches, each of which are powered by a SEW Eurodrive gear motor with two brakes. The winches dead haul the three trusses of the chandelier with six (6) ¼” wire ropes each. The winches are programmed to deploy the chandelier to its low trim, and retract it to a collapsed storage position. Limit switches prevent the winches from over-travel. 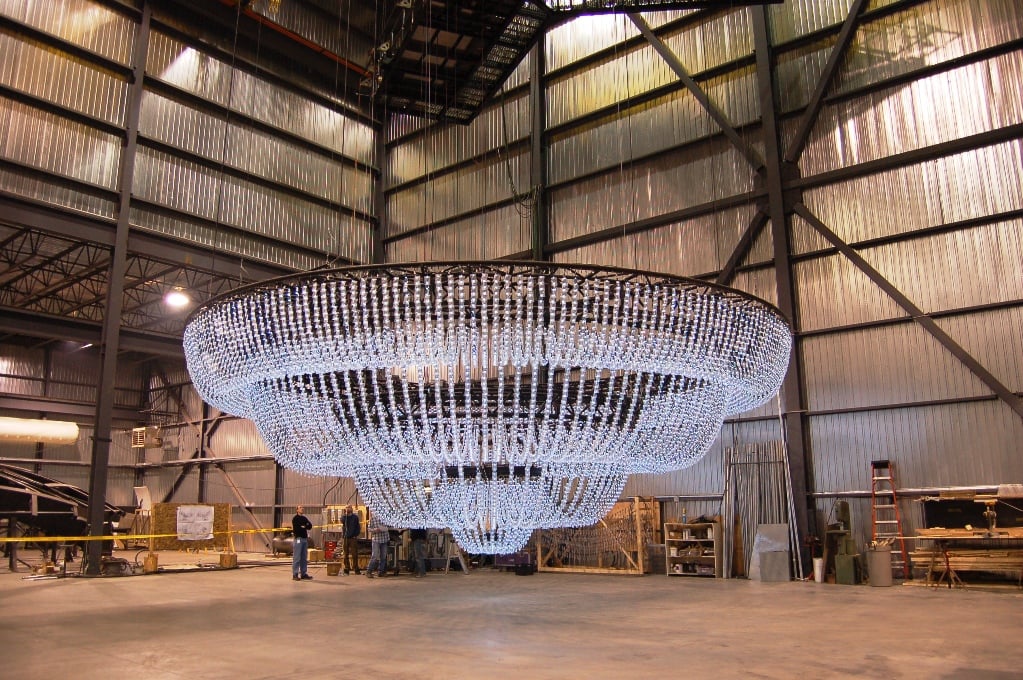 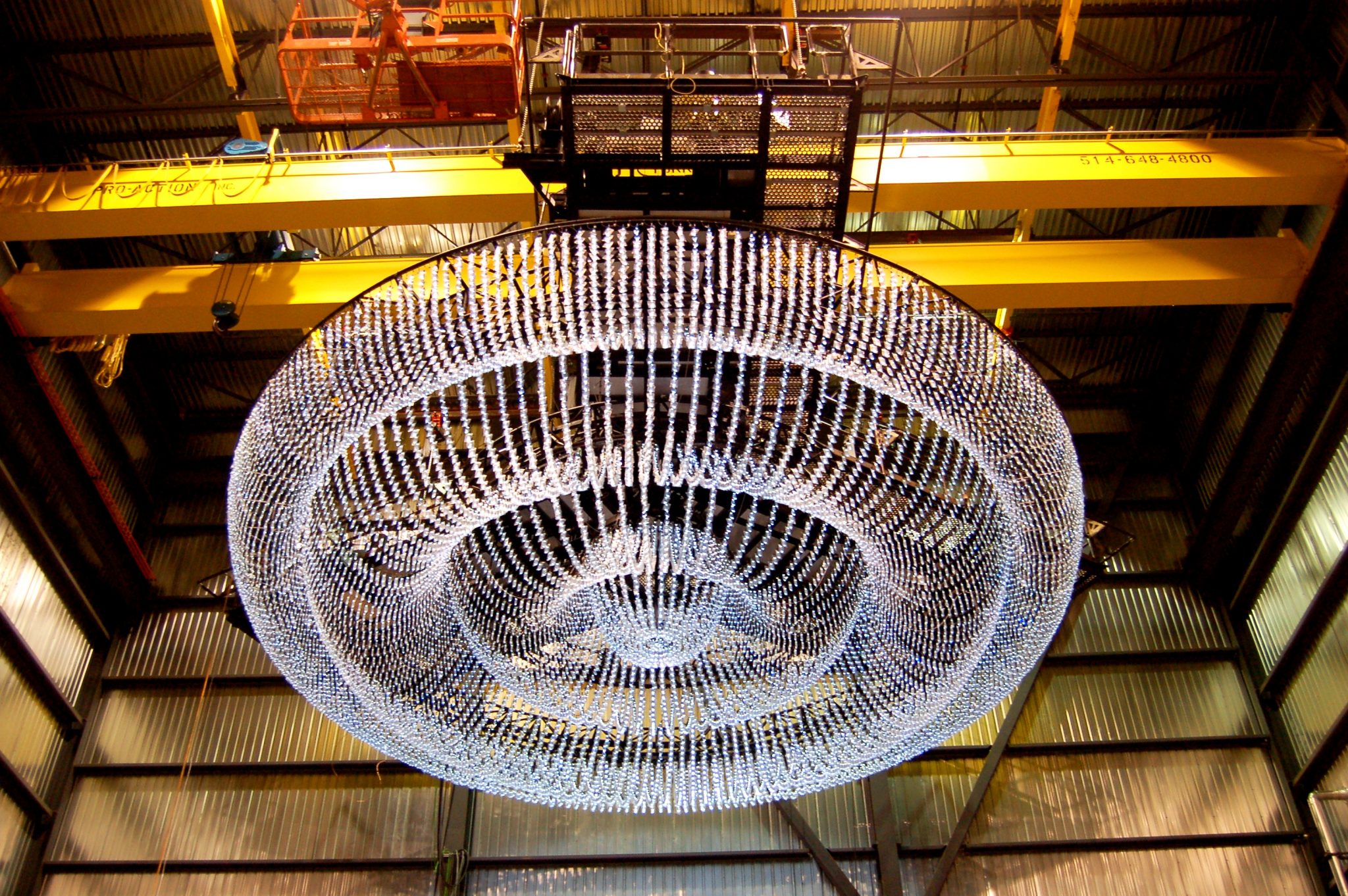